Mikel Arteta is looking to get one over his rivals by putting his multi-lingual language skills to use when passing on tactics from the touchline to his Arsenal players.

The Spaniard has explained how he often uses Spanish and French to deliver tactical tweaks so that it is not picked up by opposition players and managers.

Arteta’s squad is littered with Spanish and French speakers with Dani Ceballos, Nicolas Pepe, Alexandre Lacazette and David Luiz among the big beneficiaries. 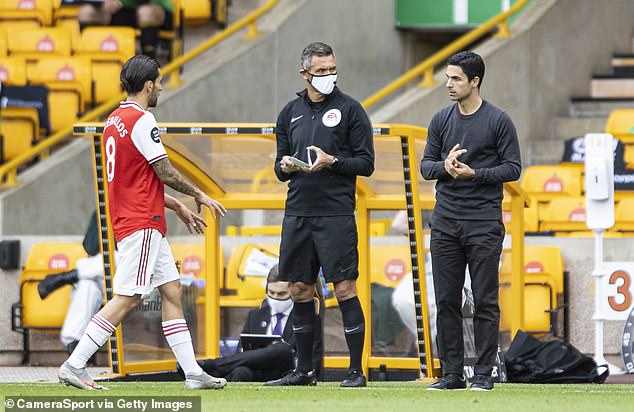 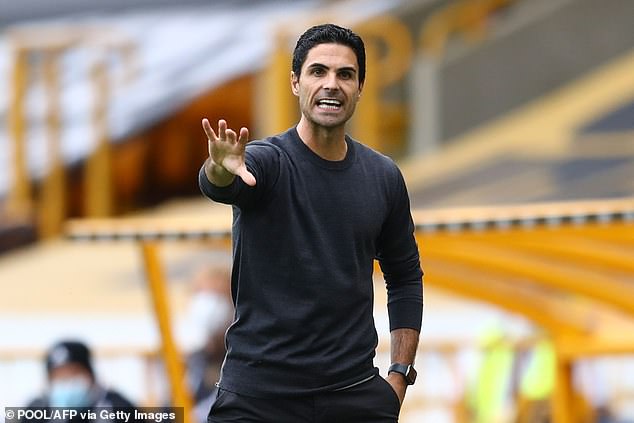 While his instructions are delivered in such a way as to act as a diversion for opposition players and coaches, the Arsenal boss believes that passing on tactical messages in a player’s native language means it is understood and implemented quicker.

When quizzed on whether his decision was more about aiding players or confusing opponents, Arteta was coy.

‘A bit of both,’ he said. ‘To some of them in French because that is their language. Others in English.’

The 38-year-old only speaks to the entire squad in English when he is addressing them collectively during team meetings. 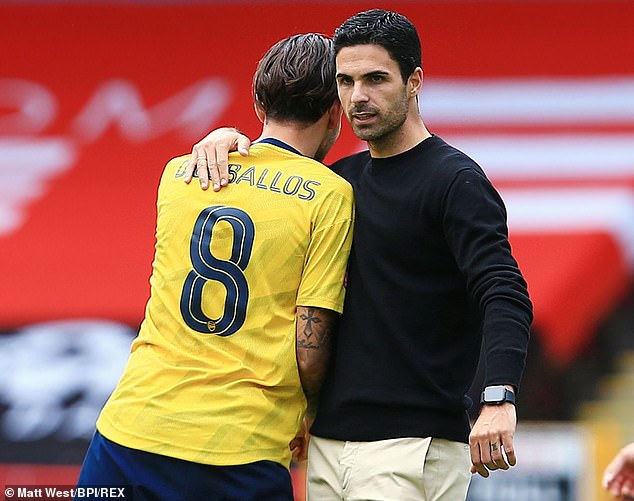 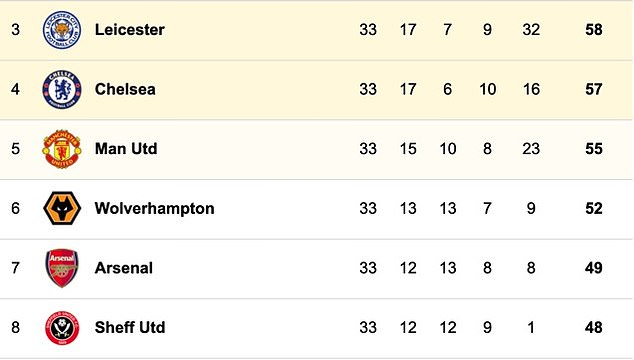 Ceballos, one of the players who benefits conversing in Spanish, has impressed Arteta and the Arsenal boss is keen to keep him around.  The midfielder is on loan from Real Madrid but it remains unclear if Arsenal would favour another loan deal or push for a permanent move.

‘I’m really happy with the way he’s evolving and I love how much he likes to play football — the passion he puts into every training session, and in every game, you just have to see his celebrations,’ Arteta said.

‘Yeah we are talking to the club, obviously we don’t own the player, he’s not in our hands so the clubs will need to have communication and see what we can do.’

Arsenal face a defining week to keep their faint Champions League hopes alive as they face third-placed Leicester City on Tuesday before a north London derby against Tottenham on Sunday.

Victory over Wolves at Molineux at the weekend leaves Arsenal sat seventh, on 49 points.

Leicester travel to the Emirates Stadium in one of the coveted Champions League spots after they stopped their rotten run since the restart to beat Crystal Palace. They have 58 points. 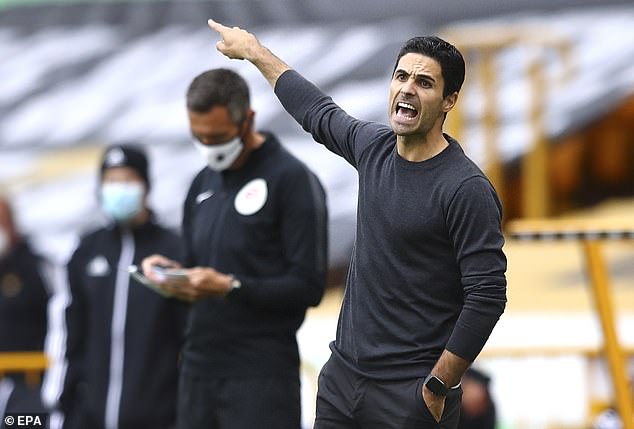 Arteta admitted some of his players have been more assured on the ball and confident in games while playing in empty stadiums without the pressure of supporters.

The Emirates has often swelled with discontent in recent years and, after a fourth successive win in all competitions, Arteta thinks some of his squad are benefitting from playing behind closed doors.

‘When they play in front of 80,000 people it is much harder, mostly when they’re on the ball or the ball is coming close to them,’ he said.

‘Others need that extra motivation, extra pressure, extra passion to perform better. Every player is a bit different.’

When it was suggested that his players seemed less rushed during victory over Wolves on Saturday, Arteta added: ‘I agree.’