By Joe Bernstein for The Mail on Sunday

Arsenal’s 18-year-old prospect Bukayo Saka completed the best week of his life by adding his first Premier League goal to a new four-year contract at the club.

Saka, selected after team-mate Nicolas Pepe left the camp as his wife went into labour, struck Arsenal’s opener with a terrific left-foot finish in a 2-0 win at Wolves – The Gunners fourth win in a row under Mikel Arteta. 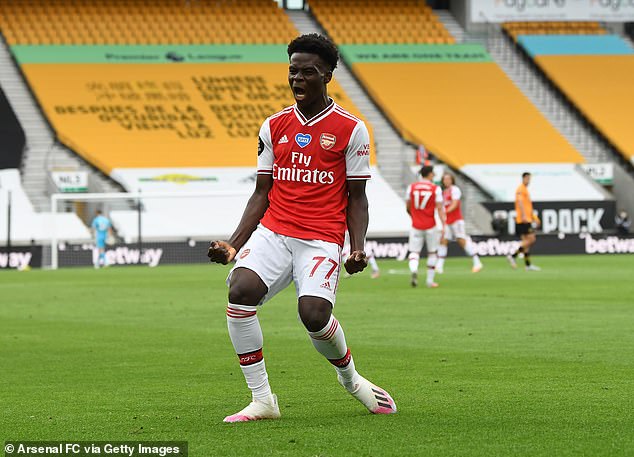 ‘It’s been a week that I will remember for my whole life. We can see what the manager is building.

‘For the goal, I know where KT (Kieran Tierney), likes to cross it. I anticipated that the ball was going to come, I knew it was the far post where the gap was going to be.

‘It was such a shift but I feel everyone fought for each other together and the subs, everyone that came on gave us a boost. It feels like we’re more together.’

Arsenal were derided after losing their first games after lockdown at Manchester City and Brighton.

Arteta has responded by throwing in youth and says Saka’s attitude was as impressive as the singer’s goal. 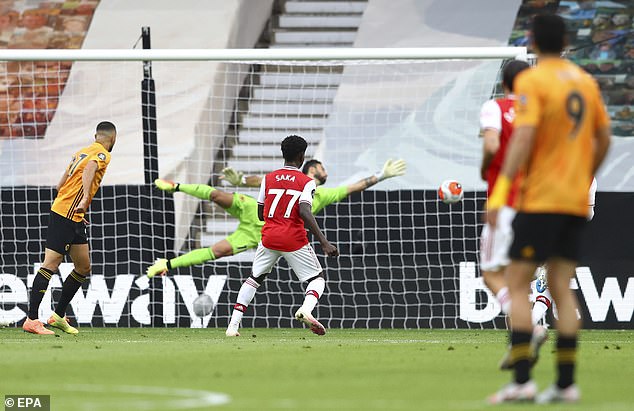 ‘I had a lot of doubts (about team selection) but the the moment we had a situation with Nico it was clear (Saka would start).

‘Bukayo some moments he suffered and then start to understand it. When things don’t go for him he would try and try again, he didn’t let his head drop. I really like that.

‘Hopefully it is the first of many goals for him. He has the ability to do that. He is neat inside the box for shots or assists.’ 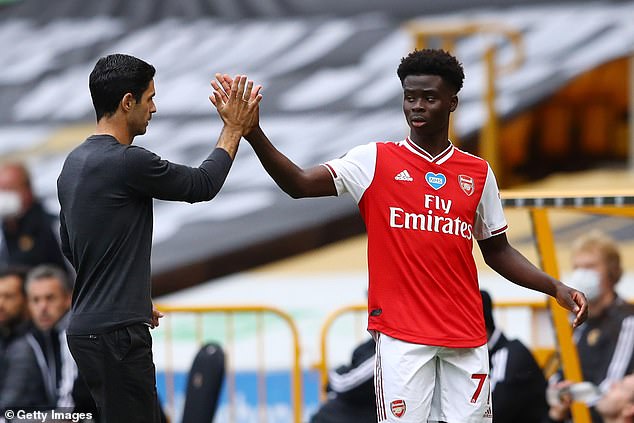 Manager Mikel Arteta has continued to show his faith in Saka, and he is reaping the rewards