Chelsea’s new £37.8m star Hakim Ziyech is pictured in blue for the first time at their Cobham training ground as manager Frank Lampard looks to ease winger into the rest of the group

By Jack Kinnersley For Mailonline

Chelsea’s new signing Hakim Ziyech has been pictured training at their Cobham headquarters for the first time on Saturday.

The Morocco international, who agreed to move to London from Ajax in February for £37.8million, underwent a light session.

Ziyech was pictured talking to Chelsea legend Petr Cech as well as doing some dribbling exercises. 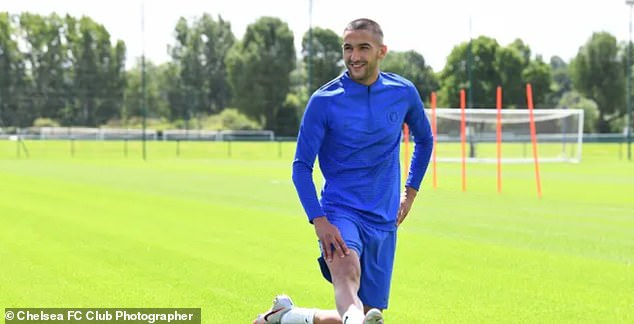 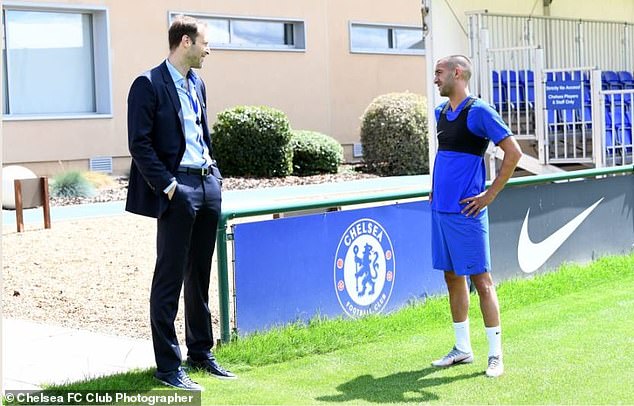 The 27-year-old, who cannot play until the 2020-21 campaign, will be eased gradually into the group, manager Frank Lampard has said.

The winger has not played a competitive match since the first week of March.

The new Chelsea star dined out in style at a lavish Mayfair restaurant in London on the night he jetted in to join up with his team-mates. 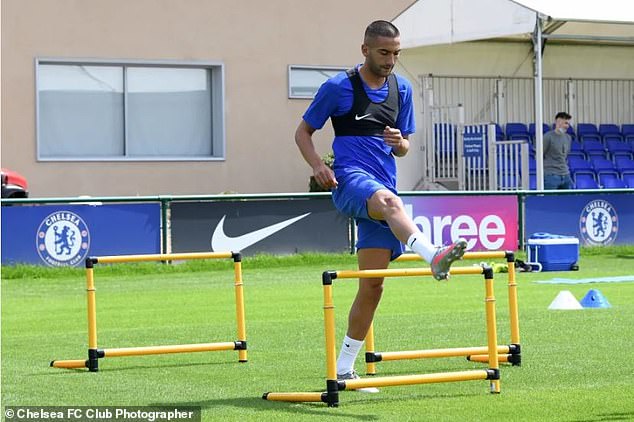 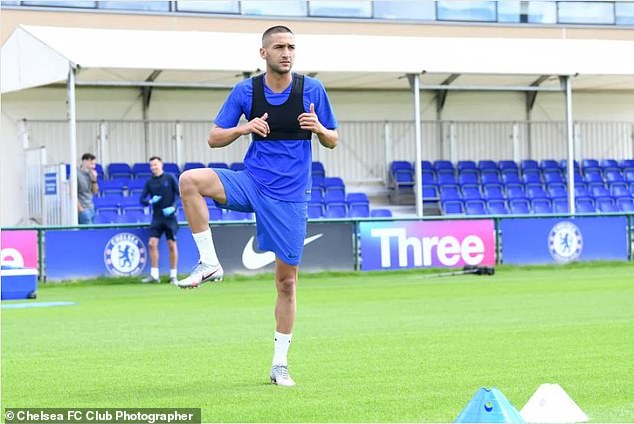 The 27-year-old winger agreed to leave Dutch side Ajax for £37.8million in February

A social media post shows Ziyech enjoying a meal with friends at Novikov, a state-of-the-art restaurant and bar situated directly in the heart of the capital.

The eatery’s website promises a choice of two ‘distinct restaurants and one stylish Lounge Bar’ for guests in search of a sleek and modern dining experience, and has proven popular before among big name Premier League stars.

The likes of Paul Pogba, Alvaro Morara and Harry Kane have all been spotted at the luxury West End Italian-Asian restaurant. 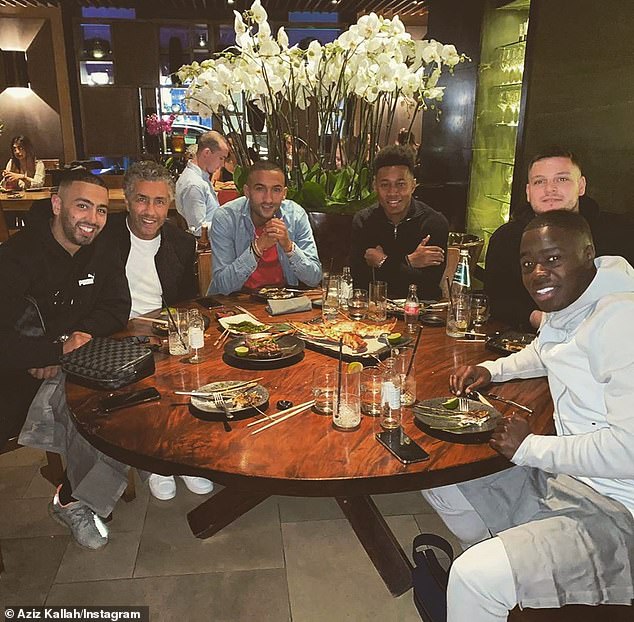 And now Ziyech is among them after marking his arrival in the country with a trip to the exclusive establishment.

An image had surfaced online showing the former Ajax winger preparing to board the private jet which took him to London.

Two separate videos, taken by members of his team, also snapped Ziyech relaxing on board as his top flight move awaited. 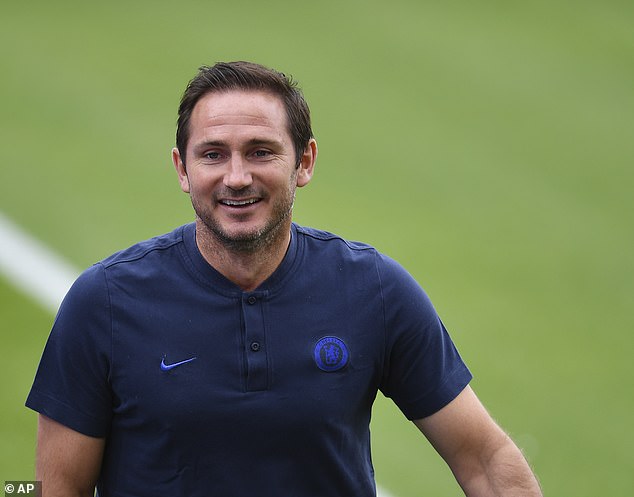