Fleetwood 1-4 Wycombe: Chairboys take a steps towards Wembley with major win in League One playoffs

Wcombe took control of their League One play-off semi-final with nine-man Fleetwood as they cruised to a thumping 4-1 victory at Highbury.

Gareth Ainsworth’s men, who finished the regular campaign in third place, were terrific value for their victory as they abruptly ended the hosts’ 12-match unbeaten run.

Fleetwood now have a huge mountain to climb if they are to have any chance of reaching the Wembley final in Monday’s second leg at Adams Park. 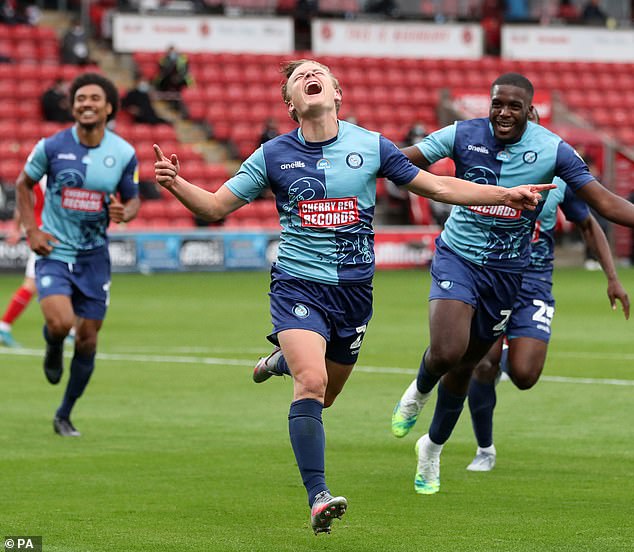 The hosts could also be in trouble after a red flare was thrown onto the pitch by someone inside the stadium in the 88th minute.

There was a breathtaking start to the game with three goals scored in the opening seven minutes.

The Chairboys struck first after only 75 seconds.

A loose ball fell invitingly for Nnamdi Ofoborh, and he smashed home left-footed, low and sweet from 25 yards.

The hosts swiftly levelled from the spot when Ched Evans converted after Lewis Gibson was clumsily bundled over by Wycombe goalkeeper Ryan Allsop.

It was Fleetwood goalkeeper Alex Cairns who then handed Wycombe the lead in the seventh minute when he could only parry Joe Jacobson’s inswinging corner into his own net.

There was almost a third for Wycombe soon after when Jacobson’s curling free-kick just cleared the crossbar by a whisker. 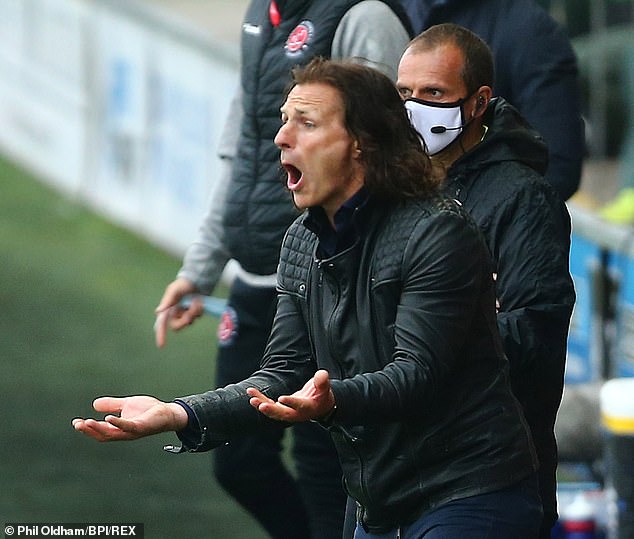 The drama returned just past the half-hour mark when the hosts were reduced to 10 men.

Lewie Coyle was shown a straight red card following a high tackle on Jacobson in the hosts’ box, but then Cairns redeemed himself by superbly saving Jacobson’s penalty.

Wycombe then got themselves a third goal deep into first-half stoppage-time.

After Fred Onyedinma made room for himself in the box, his strike was blocked, only for David Wheeler to pounce on the loose ball and he tucked home smartly from 10 yards.

It had been a frantic opening 45 minutes, before another goalkeeping howler from Cairns gifted Wycombe a fourth goal in the 57th minute.

The Fleetwood goalkeeper spilled Allsop’s hopeful ball forward as he went up with Harry Souttar, with the ball then falling invitingly for Alex Samuel, who lashed home comfortably from 15 yards. 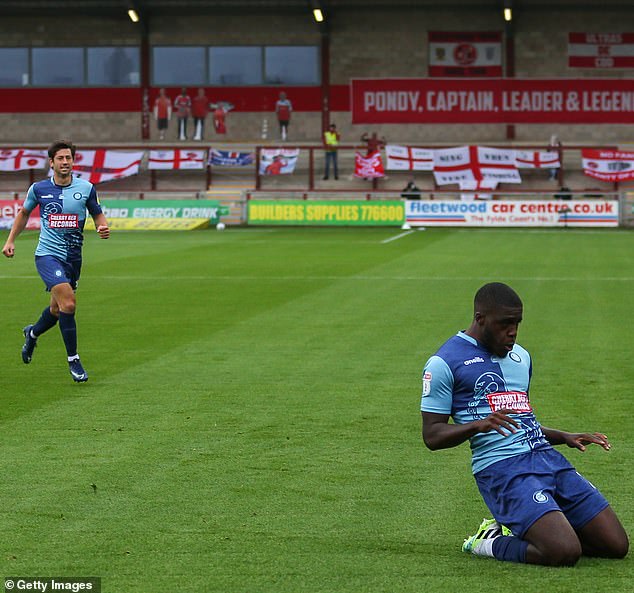 Joey Barton’s team were in desperate trouble, but they almost struck back within minutes.

Barrie McKay curled in a super 20-yard free-kick which Allsop expertly tipped over the top.

Sixteen minutes from the end it could have been five for Wycombe, only for Ofoborh to volley well wide after he could have punished Wes Burns’ poor clearance.

Fleetwood’s disastrous evening was complete six minutes from time when substitute and leading scorer Paddy Madden was booked for diving in the Wycombe box, and then sent off after being carded again for dissent. 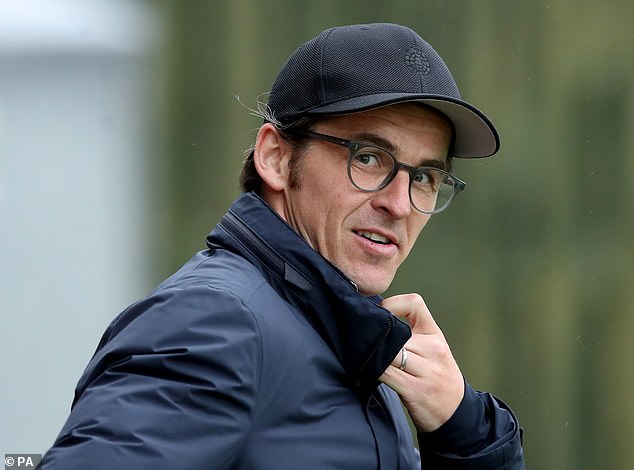