‘Shameful’: Gareth Bale infuriates fans and Spanish press as he jokes about falling asleep with a face mask over his eyes while kicking back in the stands during Real Madrid’s victory at Alaves

Gareth Bale has enraged Real Madrid fans yet again by pretending to nod off during Real Madrid’s clash with Alaves, trolling his detractors yet again.

The Welshman was left on the bench for the fourth game in a row as Los Blancos scored another important win in the title race, beating the visitors 2-0.

Bale, who has started just 12 games this LaLiga season, began laughing sarcastically when Madrid brought on their fifth and final substitute. 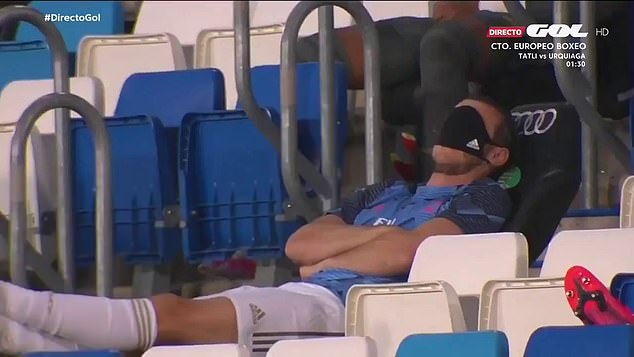 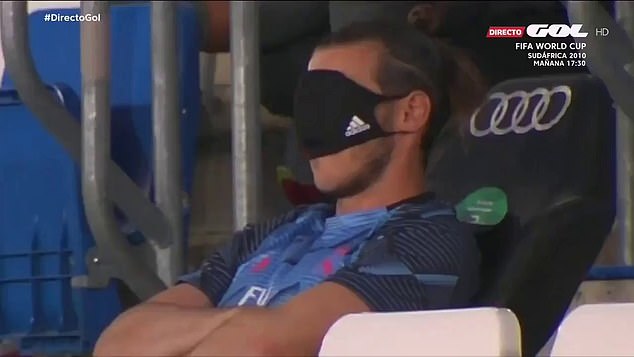 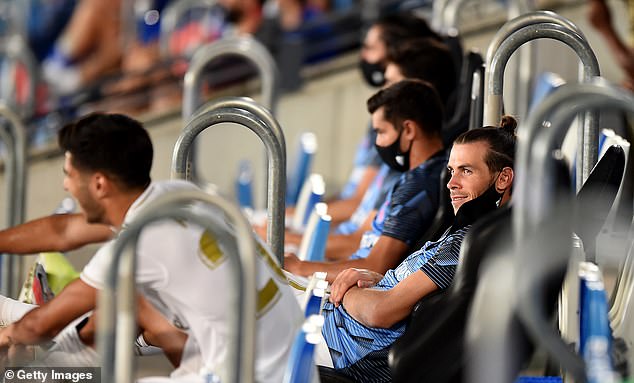 The winger broke grinned after Zidane made his fifth and final substitution, leaving Bale out

This guy is really living his best life! 😭pic.twitter.com/PWNElp9pHS

Later in the game the winger reclined in his seat and covered his eyes with a face mask at the fan-free Bernabeu. Many Premier League fans found the wind-up amusing, but Madrid’s were left furious.

‘Very disrespectful from Gareth Bale. It is clear he doesn’t want to be a part of the club anymore. His performances have been terrible of late (when he has played), don’t blame Zidane for not playing him,’ a Madrid fan account wrote.

Marca’s Ruben Jimenez added: ‘Does Bale intend to laugh in the stands until 2022? Doesn’t he have desire for football or revenge?’ 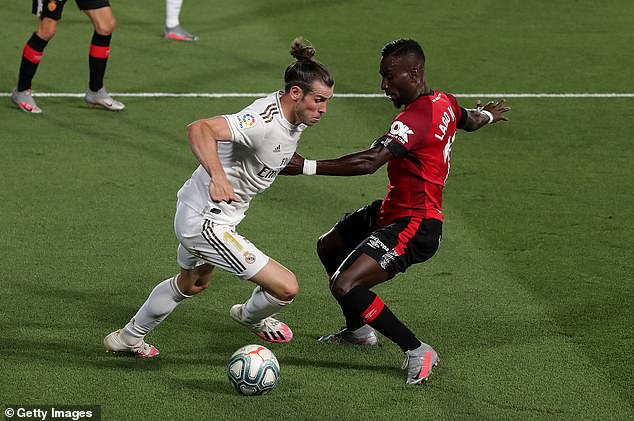 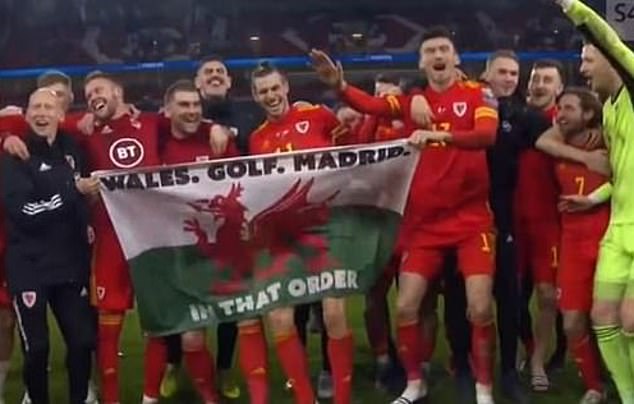 Bale has trolled Madrid fans before, posing with an inflammatory banner while with Wales

The 30-year-old last hit back at his Spanish critics by posing with a banner reading ‘Wales, golf, Madrid, in that order’ while on international duty, after Real fans had accused him of putting more effort into his swing than his football career.

Bale earns more than £350,000-per-week in Madrid and could struggle to earn a similar wage elsewhere after injuries and his tense relationship with Zinedine Zidane have seen his career in Spain slowly decline.