‘It was a poacher’s goal’: Ole Gunnar Solskjaer impressed with Harry Maguire’s extra-time winner after defender fires Manchester United into semi-finals of the FA Cup

Ole Gunar Solskjaer paid tribute to Harry Maguire after the Manchester United captain fired his team into the semi-finals of the FA Cup with an extra-time winner at Norwich.

It was Maguire’s third goal of the season since joining United for £80million last summer and followed a spectacular long-range effort at Tranmere in the fourth round.

‘Two different goals and maybe two goals that you don’t expect from him,’ said Solskjaer. ‘One from 30 yards into the top corner and today a poacher’s goal. 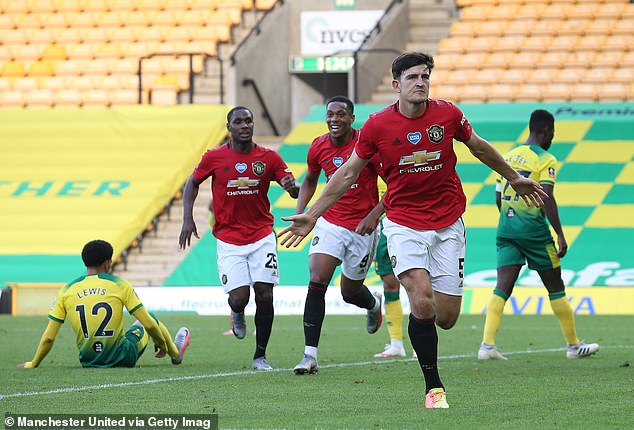 ‘Harry has been magnificent since he came to the club. His leadership skills are there to be seen. He helps us with the build-up play and today I think he won every single header and challenge. I’m very pleased with Harry.’

Solskjaer admitted that United didn’t play well after he made eight changes from Wednesday’s win over Sheffield United, and Norwich threatened to cause an upset until Timm Klose was sent off towards the end of normal time.

‘It wasn’t the greatest spectacle,’ added the United boss. ‘Sometimes it just doesn’t work as you’d hoped. In training it looks great and on paper it looks great, but the opposition want to make it difficult for you and Norwich did did. They tired towards the end and we got the win I thought we deserved. 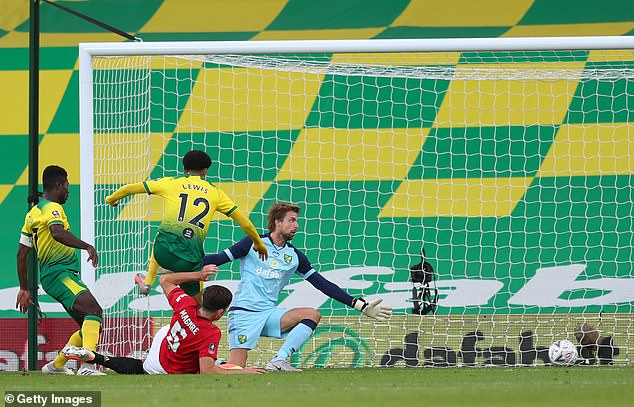 ‘When you’re playing 10 men, we spoke about it at full-time, we’ve got 30 minutes and we don’t have to panic, just keep prodding. The chances will come and we’ll have to take them.

‘It’s important for this team to win the first trophy, and to get to the first final together is going to be important. That will help the winning culture because we need to start winning things.’

Maguire also made a vital block to deny Lukas Rupp in the first half and nearly scored with a header that was brilliantly saved by Tim Krul in extra-time.

‘I’m always pleased when I chip in and score goals, especially when it’s a big result in the last minute of extra-time,’ said the United skipper. 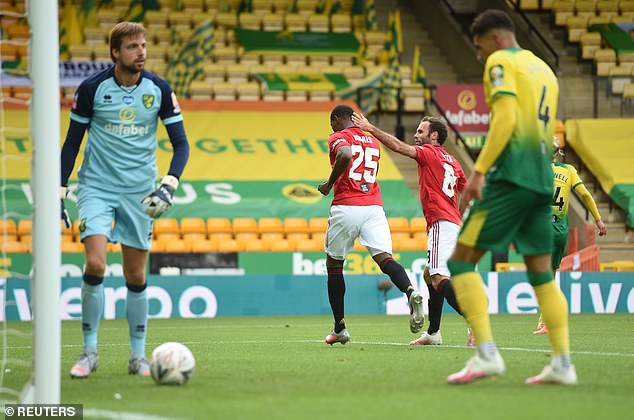 ‘That’s my third this season and I want to get plenty more. I’m a bit disappointed with just the three. It’s something I’ve been working on and hopefully I can improve from now til the end of the season and take it into the season after.’

Norwich manager Daniel Farke had no complaints over Klose’s red card but felt the late goal was harsh on his team as they lost the club’s first FA Cup quarter final in 28 years.

‘Football can be the cruellest sport in the world sometimes. The players left their hearts out on the pitch,’ said Farke. 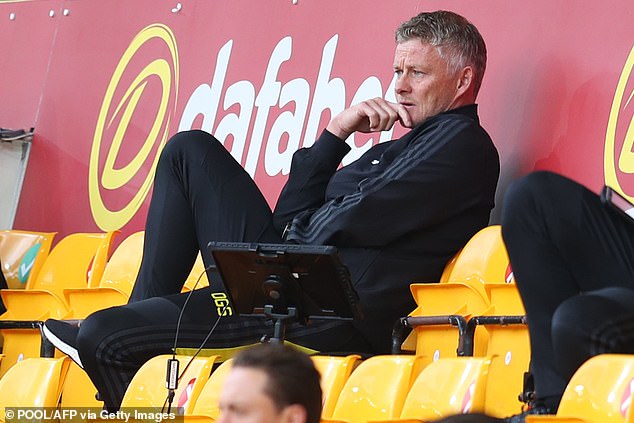 ‘The red card changed the momentum of the game. It wasn’t possible then to create chances anymore and then the pressure gets more and more.

‘We still kept Man United pretty quiet in extra-time and we were unlucky to lose in the second to last situation of the game.

‘It was a deflected clearance and Harry Maguire probably can’t explain himself why the ball was at his feet.’