Liverpool, Merseyside Police and the Liverpool City Council have condemned the behaviour of supporters who have wildly celebrated the club’s first Premier League title in three decades on the city’s streets.

Tens of thousands of fans flooded into the city centre despite repeated warnings over the spread of coronavirus to celebrate the team’s success for the second night in a row.

The Merseyside giants were finally crowned top flight champions on Thursday after Chelsea beat Manchester City, bringing an end to a 30-year wait. 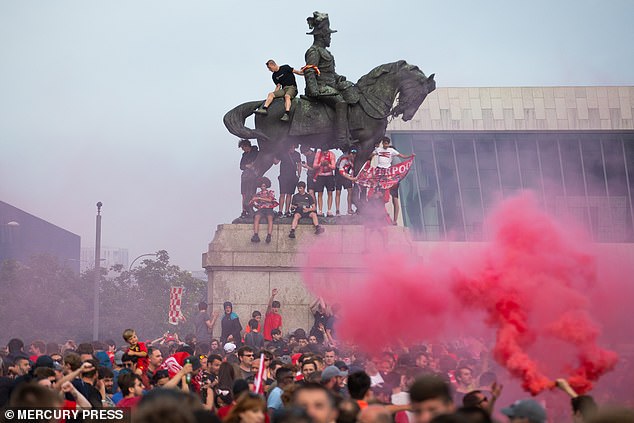 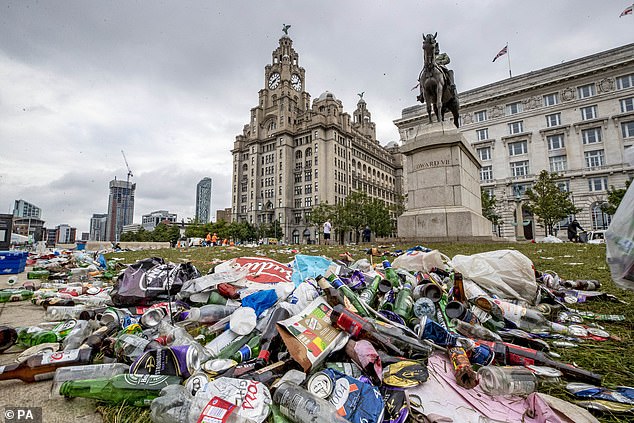 The Liver Building, one of the city’s most iconic structures, was even filmed briefly being set alight after an individual appeared to target it with a firework.

And the club and other authorities have now released a damning statement, describing the unsavoury incidents as ‘wholly unacceptable’.

It read: ‘Throughout the last week, Liverpool Football Club, Merseyside Police, Liverpool City Council and Spirit of Shankly have worked together to consistently remind people that the region is still disproportionately affected by the COVID-19 pandemic and ask people to celebrate LFC’s Premier League title win safely.

‘Several thousand people turned up at the Pier Head on Friday June 26 and some chose to ignore the social distancing guidance and risk public safety. 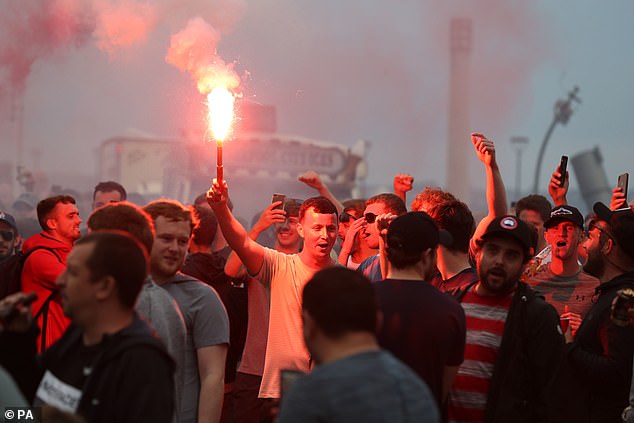 ‘Our city is still in a public health crisis and this behaviour is wholly unacceptable.

‘The potential danger of a second peak of COVID-19 still exists and we need to work together to make sure we don’t undo everything that has been achieved as a region during lockdown.

‘When it is safe to do so, we will all work together to arrange a victory parade when everyone can come together to celebrate.

‘Until that time, the safety of our city and our people continues to be our number one priority.‘ 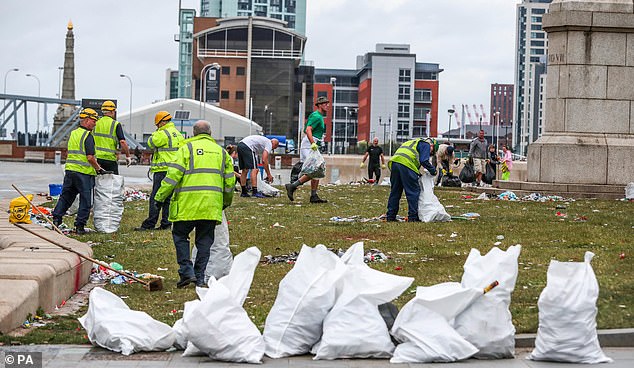