By Jeorge Bird For Mailonline

Manchester United midfielder Paul Pogba has shown his support for the Black Lives Matter movement with his new haircut.

Pogba’s new haircut, which he showed off before Saturday’s game against Bournemouth, includes a clenched fist – the symbol of the Black Lives Matter- shaved into his head.

The Premier League have been showing their support for the movement since returning action. 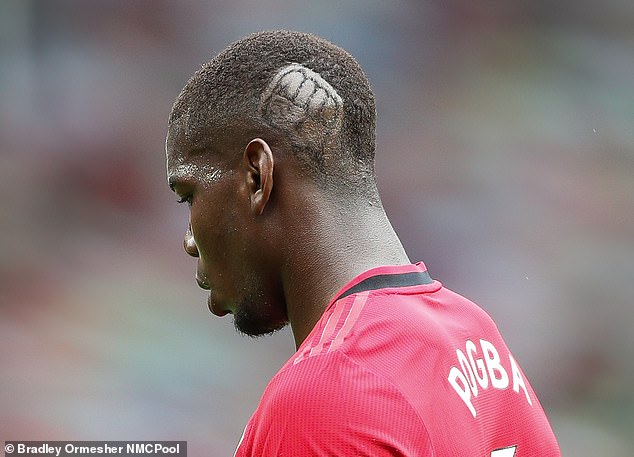 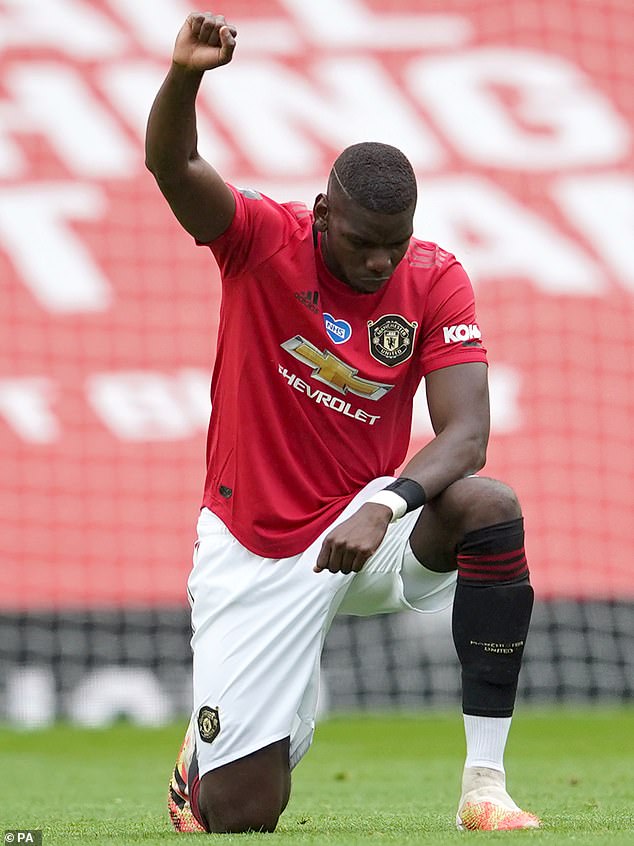 Before the game got underway at Old Trafford players from both sides took the knee, while they also had Black Lives Matter badges on their shirts.

While the players took the knee, French World Cup winner Pogba was amongst those to raise a fist.

For the first 12 fixtures after the restart players also saw their names on the back of their shirts replaced by the words Black Lives Matter.

The movement returned to national headlines after the death of George Floyd in the United States.

Pogba played the full 90 minutes as United overcame Bournemouth 5-2 on Saturday afternoon, thanks to a brace from Mason Greenwood, and goals from Marcus Rashford, Anthony Martial and Bruno Fernandes. 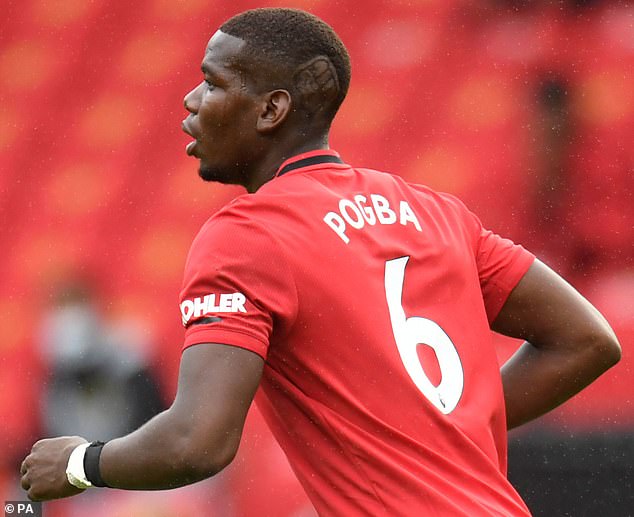