By Alex Bywater For Mailonline

There will be no greater Leeds tribute to the late, great Jack Charlton than for the club to return to the Premier League as champions. Pablo Hernandez’s late goal here has virtually taken them there.

Former Swansea man Hernandez settled this tight yet entertaining game in Leeds’ favour and the celebrations at his winner told their own story. Hernandez was engulfed by his team-mates after converting Luke Ayling’s low cross. Marcelo Bielsa and his coaching staff raced down the touchline.

In the barren Liberty Stadium stands the club’s enthusiastic owners and boardroom members went wild with delight. It is now surely a case of when not if Leeds will return to the top-flight for the first time since 2004 and this win means they will likely do it as champions. 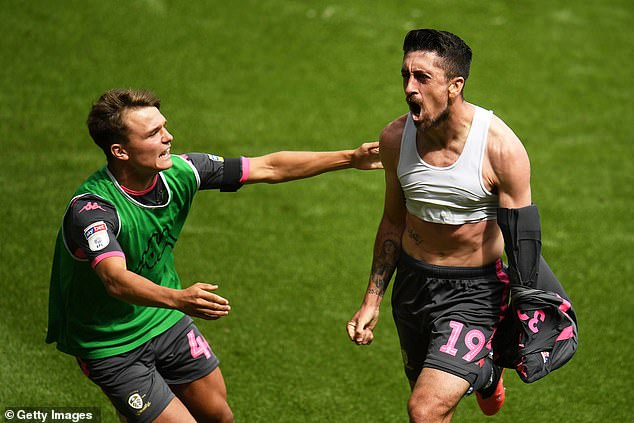 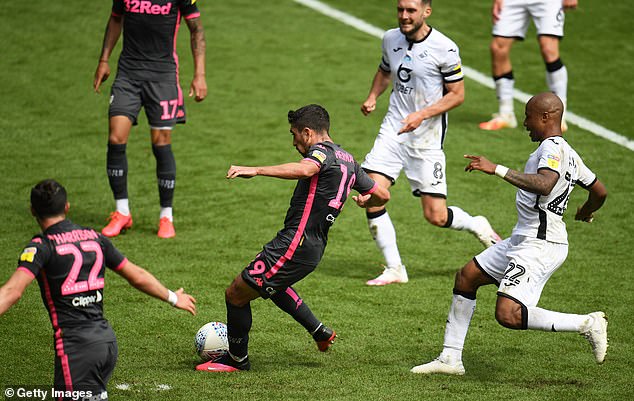 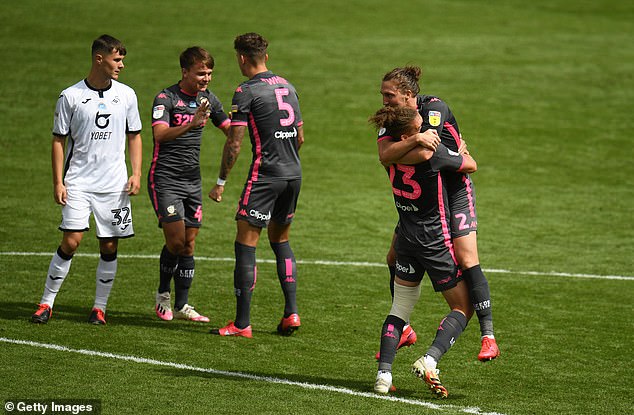 They are now three points clear of West Brom with three games to play. Leeds’ impending promotion is a feat which England 1966 World Cup winner Charlton – who passed away on Friday night at the age of 85 following a long-term illness – would surely have smiled at. Charlton made a club record 773 appearances for Leeds over a 23-year period, becoming one of the all-time great central defenders in the game.

An unchanged Leeds side warmed up with shirts sporting ‘RIP big Jack’ while both teams wore black armbands and held a minute’s silence in memory of Charlton.

Leeds started eagerly in the Swansea sunshine, but it was the hosts who had the first handful of chances. Rhian Brewster shot on target, Conor Gallagher’s effort was blocked, and Connor Roberts crossed from the right. 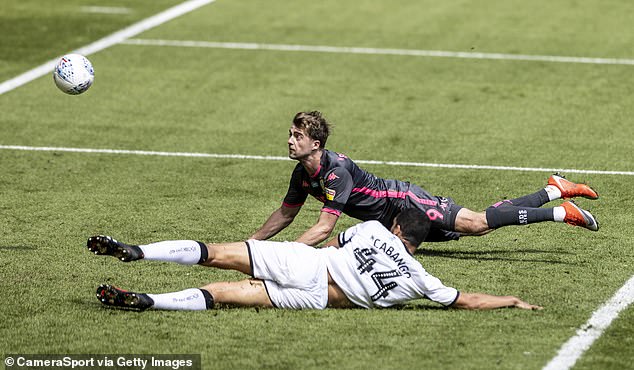 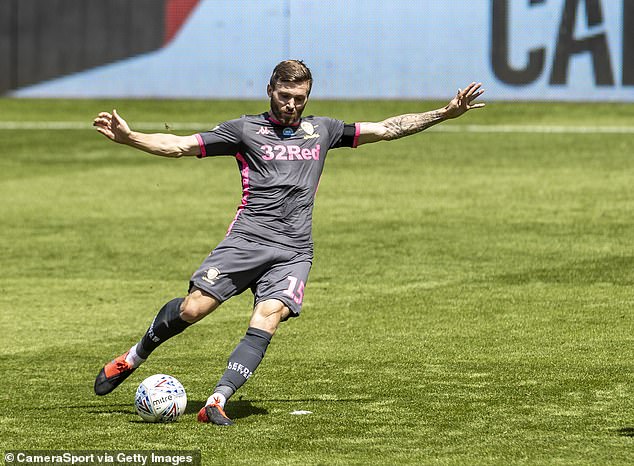 Leeds knew they were in a game and some of their momentum was stalled by the first drinks break which arrived just after Kyle Naughton nearly put through his own net.

Stuart Dallas’ deflected shot from range worked Freddie Woodman in the Swansea goal while Woodman was on hand again minutes later to deny Patrick Bamford who should have scored.

Even without fans there was plenty of blood and thunder about the clash with Keith Stroud handing out three quick bookings. ‘Be strong, Keith,’ Swansea head coach Steve Cooper shouted from the sidelines as the fouls mounted up in a goalless opening 45 minutes.

Leeds introduced Hernandez and Ezgjan Alioski for the second half. Clearly, Bielsa had not been happy at what he’d seen before the break and his repeated cries of ‘again, again!’ as he encouraged his players reverberated around the empty Liberty Stadium.

At one point even Bielsa’s half-time cup of tea went flying such was his frustration. He did have a right to be concerned. Promising Chelsea youngster Gallagher drove on goal and unleashed a powerful shot which required saving. He then had a cross headed over by Marc Guehi.

The cut and thrust of the first half continued in the second with a palpable edge to the game. Alioski and Andre Ayew clattered into the advertising hoardings. Charlton would have been a big fan of the blood and thunder. On the hour mark Woodman continued his heroics to deny Leeds again.

Jack Harrison’s volleyed cross found Bamford and his low, stooped header was saved spectacularly by Woodman. Still, Bamford will know he should have scored. A yard either side and it was a goal.

At that stage it looked like Leeds would have to settle for a point and that would have been a fair result. The talented Hernandez had other ideas though as he stuck the knife into his old team.

With Swansea tiring and a minute of normal time remaining, Ayling crossed from the right and Hernandez controlled before finishing past Woodman with his effort going in off the post.

Hernandez raced away and was booked for removing his shirt amidst the delirium, not that he, Leeds or Bielsa will care a jot. 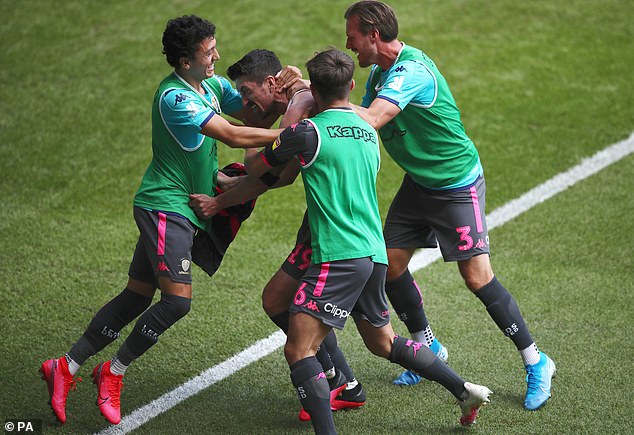 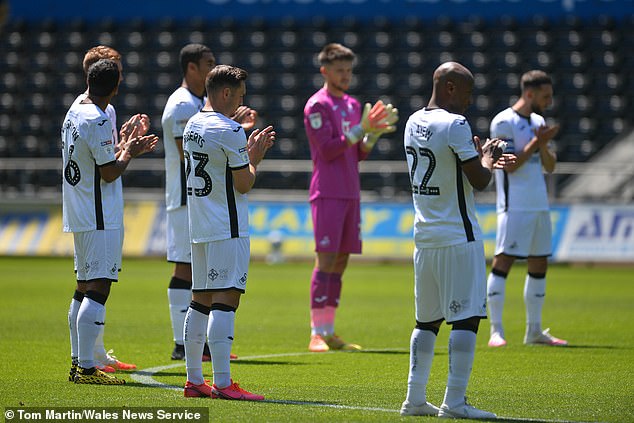